What Will Rishi Sunak as PM Mean for Swindon House Prices? 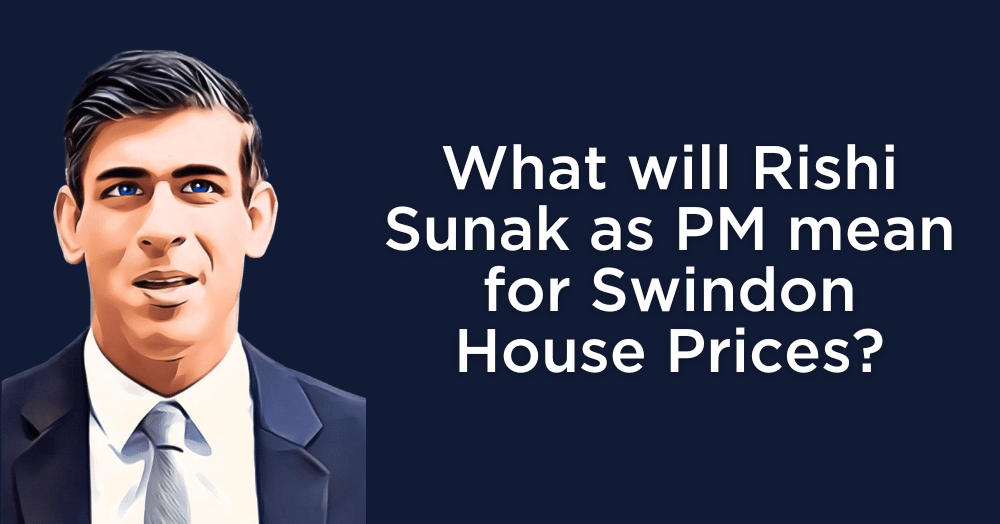 I often get asked what is going to happen to Swindon house prices.

Many things affect house prices, and it comes down to simple supply and demand.

On the supply side of the equation, in the short-term, the number of people wanting to sell their property at any one time has a massive effect on house prices.

In 2007, the number of properties that came onto the market in Swindon jumped drastically. In January 2007, 1,790 properties were available for sale in Swindon and by October in the same year, that had risen to 3,506 properties.

This flooded the Swindon market with houses to buy whilst, at the same time, the banks almost stopped lending money because of the Credit Crunch, thus causing the house price crash of 2008.

Also, on the supply side of the equation is the total number of houses in the whole country (irrespective of whether they are on the market or not). This is an essential factor in house prices, although that has a longer-term effect. Governments can control the number of properties being built with changes in planning regulations, incentives for builders and the buyer schemes such as the Help to Buy plan.

On the demand side of the equation, property values typically rise if homeowners believe they will be wealthier in the future.

Typically, that occurs when the whole country’s economy is performing well as more Brits are in work and salaries are higher. The opposite is also the case when the economy goes into recession; people tighten their spending, lose their jobs, and thus, house prices drop. Inflation will affect British household budgets (because if more of the household budget is going on increased bills, there is less available for mortgage payments).

Another factor on the demand side for housing is when the population increases (through people living longer or increasing net migration) or when the divorce rate increases (making one family household into two single-person households). As always, rising demand typically means higher house prices.

One aspect of the demand side of housing that the Government can control is the taxation of moving home. In the late spring of 2020, the Government vastly reduced the tax (Stamp Duty) paid to buy a house, saving many home buyers thousands of pounds.

Also, on the demand side, property values usually increase if more homebuyers can borrow more money with a mortgage to buy their home.

However, the constraint is the amount a home buyer can borrow on a mortgage.

The lower the interest rates are, the lower the cost of borrowing to pay for your house is and thus more people can afford to borrow money with a mortgage to buy a home, meaning house prices tend to go up.

Swindon house prices have risen by 89.13% between 2010 and today, mainly fuelled by low interest rates.

So, looking at everything above, apart from Stamp Duty and the incentives for buyers (which historically have made a minimal difference), the Government in the short-term, irrespective of who the Prime Minister is, makes little difference directly to house prices.

The most significant short-term factor which directly affects house prices is interest rates.

However, the Bank of England (not the Government) sets the interest rate for the UK economy. That means the Government (and Rishi as PM) cannot directly make any differences in house prices (apart from the points raised above).

Yet, indirectly, as seen with the Liz Truss / Kwasi Kwarteng Mini-Budget catastrophe only a few weeks ago, what the Prime Minister (and their Government) does can make a massive difference to interest rates and, thus, the property market and house prices.

Since December 2021, the Bank of England has been slowly raising interest rates to combat inflation. Unfortunately, the downside is that it increases the mortgage rates homebuyers must pay if they are on a variable-rate mortgage or coming off a fixed-rate deal secured a few years ago.

As 17 out of 20 homebuyers have a fixed-rate mortgage, when a bank or building society calculates a 5-year or 10-year fixed-rate deal, they consider what the Bank of England interest rate is today, but they also consider something equally important, something called the ‘swap rate’.

As Swindon homeowners and landlords, it is vital you should be aware of the swap rates as they are based on what the global money markets think future UK interest rates will be.

If the swap rate rises, then mortgage lenders will increase their rates on the mortgages they offer, and by doing so, (as discussed previously in this article), increased mortgage rates will affect affordability and, thus, house prices.

So, what affects UK swap rates? Mainly one thing, the price of government debt in the form of gilt yields.

That rise in the gilt yield rate/swap rate was the main reason mortgage rates rocketed after the mini-budget and helped in the collapse of Liz Truss’s Prime Ministership.

So, what can Swindon homeowners expect in the coming weeks and months with gilt/swap rates?

Rishi Sunak’s first job was to re-establish confidence in the money markets for UK plc. During the summer, the 5-year gilt rate rose steadily from 1.6% to 3.5%, in line with the general rise in Bank of England base rates. Yet when the mini-budget was delivered on the 23rd of September 2022, that rose almost straight away to 4.6%.

That meant every mortgage rate jumped in price by 1 to 1.5% almost overnight.

At the time of writing, the 5-year British gilt yield has dropped to 3.5%, and the others have either dropped below their pre-mini-budget rate or were moving in that direction, depending on the gilt type.

The gilt rate (which directly affects the swap rate, which in turn, directly affects mortgage interest rates) could drop further, subject to what Rishi Sunak and his Chancellor Jeremy Hunt have planned in the budget (and supplementary report from the Office for Budget Responsibility) on the 17th of November 2022.

A drop in the gilt/swap rate is vital for any Swindon homebuyer buying a house or Swindon homeowner re-mortgaging to a new mortgage deal. Why? Because…

So, what does this all mean for Swindon house prices, then?

Greater certainty will keep the volume of housing transactions ticking over, yet not inescapably Swindon house prices.

In my blog articles on the Swindon property market, I believe Swindon house prices will be lower in 12 months, and I expect Swindon prices to return to where they were in the late spring/early summer of 2021.

And why is that? Unlike the 2008 Credit Crunch house price crash, today, the country has very low levels of unemployment and very well-capitalised banks (because the Bank of England subsequently forced them to keep lots of cash in their banks to cover downturns). Therefore, I don’t anticipate the kind of double-digit house price decreases seen 14 years ago.

If you would like to pick my brain about the Swindon property market, be you a potential Swindon first-time buyer, a Swindon homeowner looking at your options on re-mortgaging or selling, or, in fact, anyone with questions, don’t hesitate to drop me a line. I will gladly share my thoughts and opinions without cost or obligation.

Is now a good time to buy a Swindon home? 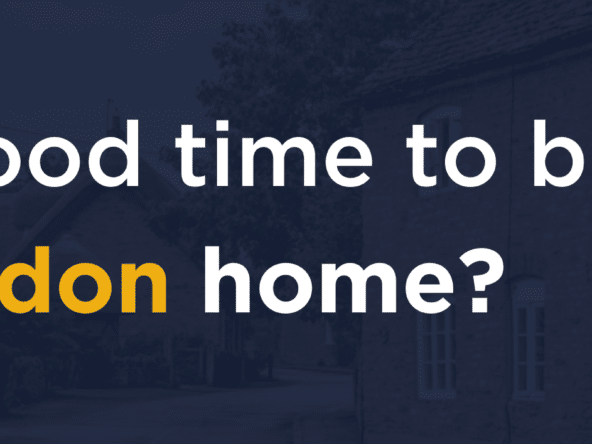 Is now a good time to buy a Swindon home?

This is the question many people are asking right now, and the answer depends on your...
Continue reading 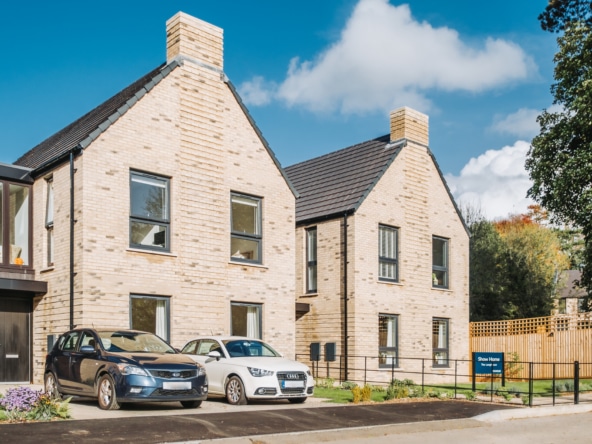 Energy efficiency at Backhouse, Blunsdon. There are many reasons we love working with Backhouse...
Continue reading 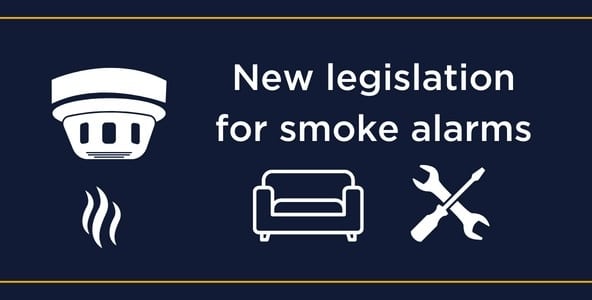 The government has published new guidance for landlords, agents, and tenants on the...
Continue reading

Please enter your username or email address. You will receive a link to create a new password via email.

Book a valuation with us

Please fill in the simple form and we will contact you to arrange a no-obligation valuation on your property as soon as we receive the details.

Not quite ready for a valuation?

Thank you for signing up and referring a friend

Your details have been submitted successfully.